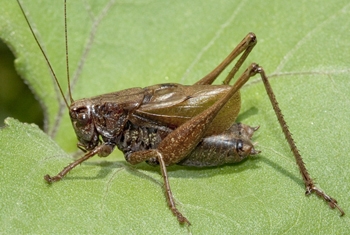 Two new species of Metrioptera are reported from Romania: M. amplipennis and M. oblongicollis . The first is a very rare species, which is found on the shores of the Danube river. The morphology and song of both species are described and a key to the Metrioptera species of Romania is provided.