Sound production in a female of Orchamus gracilis 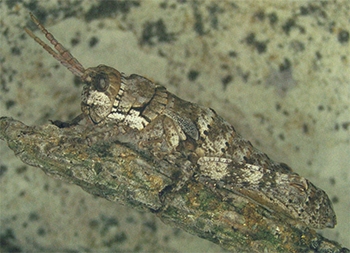 In 2012 Günter Köhler held a female of Orchamus gracilis in his study for 2,5 months. To his surprise he heard the grasshopper making a sudden rustling sound of less than 1 second. After its death the source of the sound was found. It proved to be tegmino-alar mechanism, with a thickened vein on the ventral side of the tegmen, which rubs over the modified ala, a chitineous ear-like bump. This is the first record of sound production in the genus Orchamus .