Rediscovery of the ghost bush-cricket 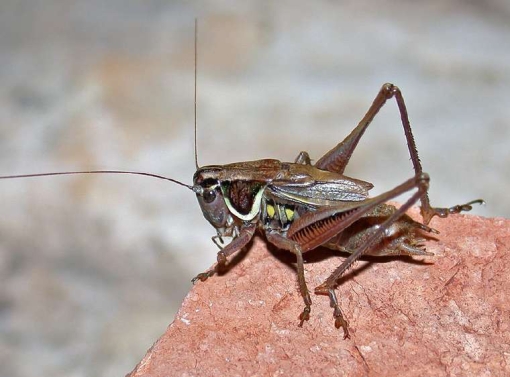 Roeseliana oporina was described from Central Spain by Bolivar in 1887. Later there was confusion and discussion about the type-locality, type-specimens and collector and subsequently the name was ignored by European orthopterists. Recently a small population of this taxon was found near the type-locality in the province of Cuenca. Roeseliana oporina proves to be a distinct species. It seems to be severly endangered, because of the limited distribution and changing landscape. The authors have suggested ghost bush-cricket as the vernacular name for this species, because it has remained ignored for more than 100 years.