A new Platycleis species from Sardinia 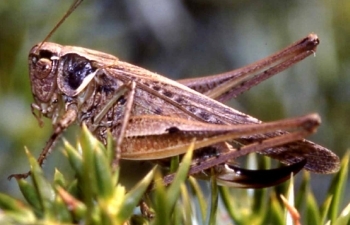 In 1999 a small Platycleis species was found on Monte Gennargentu in Sardinia. The song and some morphological characters are clearly different from known taxa. The species is therefore considered new, and described as Platycleis galvagnii . It doesn’t seem to fit within one of the recognised groups within the genus Platycleis and is tentatively placed within Platycleis s.s. For the moment the species is known only from the type locality.