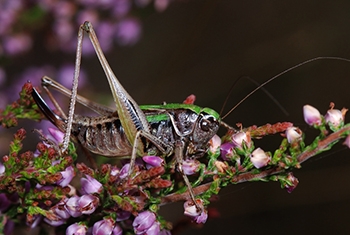 Being a common species throughout Europe, it is quite surprising that Metrioptera brachyptera was not known from the Iberian Peninsula. The species was discovered on the Spanish part of the Pyrenees. This was already known since 2004, but never published until the latest volume of Articulata. The population is typically found on a subalpine slope at an altitude of 1770 m.