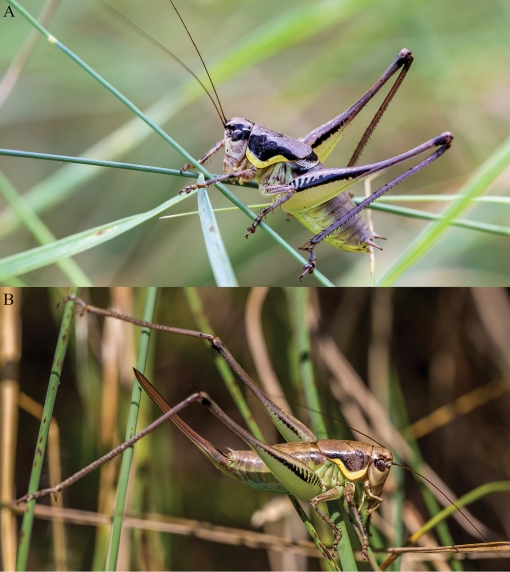 The genus Parapholidoptera comprises of 21 species, of which P. castaneoviridis is the most western species. in 2016 a population of P. castaneoviridis was discovered near Ciucurova (county Tulcea) in south-eastern Romania. This is the first record in Romania, almost 300 kilometres to the north of the closest known localities in Bulgaria. and it pushes the norther border of the distribution area in Europe. The morphology and song from the new population are described.