Expansion Asian cave crickets in US 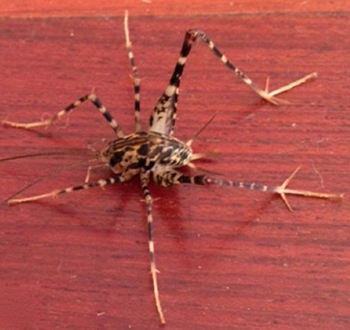 A citizen science project revealed that Diestramenna asynamora is much more common in the central and eastern parts of the US than previously known. The species is native to China and/or Japan, where it lives in caves, but has found artificial cave habitat all over the world. It also occurs in Europe, in greenhouses, zoos and private houses. Interestingly, the survey yielded another species of Diestramenna, probably D. japanica. It would be worthwile to check European localities for this species.