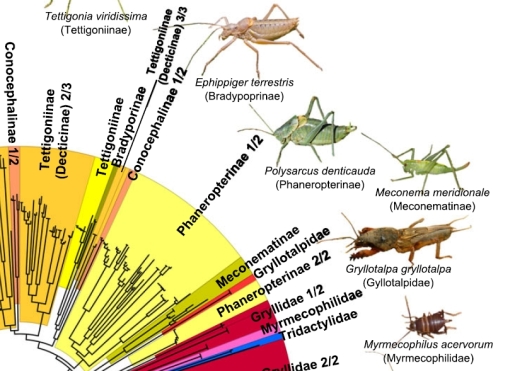 An international research team has barcoded a substantial part of the central European grasshoppers. In total 127 of the 162 taxa occuring in Germany, Austria and Switzerland were analysed, and the data were submitted to www.boldsystems.org. All bush-crickets and some grasshoppers (93 species, 78 %) could be reliably identified using DNA barcodes. In some grasshopper groups there difficulties, caused by different reasons. The DNA results may lead to taxonomic changes, e.g. the suspicions that Gomphocerippus falls within the borders of the genus Chorthippus are confirmed and the same holds for Myrmeleotettix within Stenobothrus.