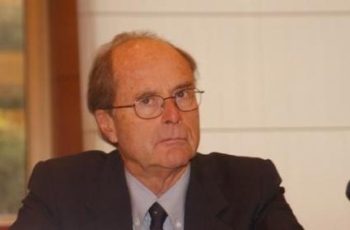 On December 18, 2010 the italian orthopterist Prof. Baccio Baccetti died in his hometown Siena, aged 79. He left behind Serena, Cosimo and Nicola, to whom we send our deepest sympathy.

From 1959 he was professor of entomology in the Faculty of Agriculture of Florence and from  1965 to 2006 professor of Biology and General Zoology in the University of Siena. In 2007 he received the title of Emeritus by the same University. His interests were many, but insects were the common denominator of all his researches. He was specialized in the study of Orthopteroidea. On this taxonomic group he published about one hundred papers and edited an interesting book (1987. Evolutionary Biology of Orthopteroid Insects). Many of his papers deal with revisions of Italian genera, but he worked a lot on East African species, mostly Somali and Ethiopia. In the 1970s he was one of the Italian University professors involved in the establishment of the University of Mogadiscio. Regrettably, all Somali work has been lost. During his researches he collected many specimens and put together a large collection, that some years was transferred to the Museo Civico di Storia Naturale of Genoa.

Hij was a member of many Italian and foreign associations and academies, among which the Accademia Nazionale dei Lincei, Accademia Nazionale di Entomologia and he was also the Italian representative of International Union of Biological Sciences, member of Accademia di Scienze e Lettere di Milano, Accademia dei Georgofili, Accademia Italiana di Scienze Forestali, Accademia dei Fisiocritici and New York Academy of Sciences. He was one of the promoters of the Società Italiana di Biogeografia, of which he was the Secretary for many years. He was a great organizer and to count the number of workshops, congresses and scientific schools carried out by him is not possible. Many entomologists will know him as the host of the Congress of Entomology in Florence in 1996. In 1974 he was awarded with the gold medal for the Benemeriti della Scuola, della Cultura e dell’Arte, and in 1980 obtained from Accademia Nazionale dei Lincei the prize for Botany and Zoology established by the Minister for Beni Culturali e Ambientali.